The Truth behind Bleeding Gums (with reference to Dental Hygiene) 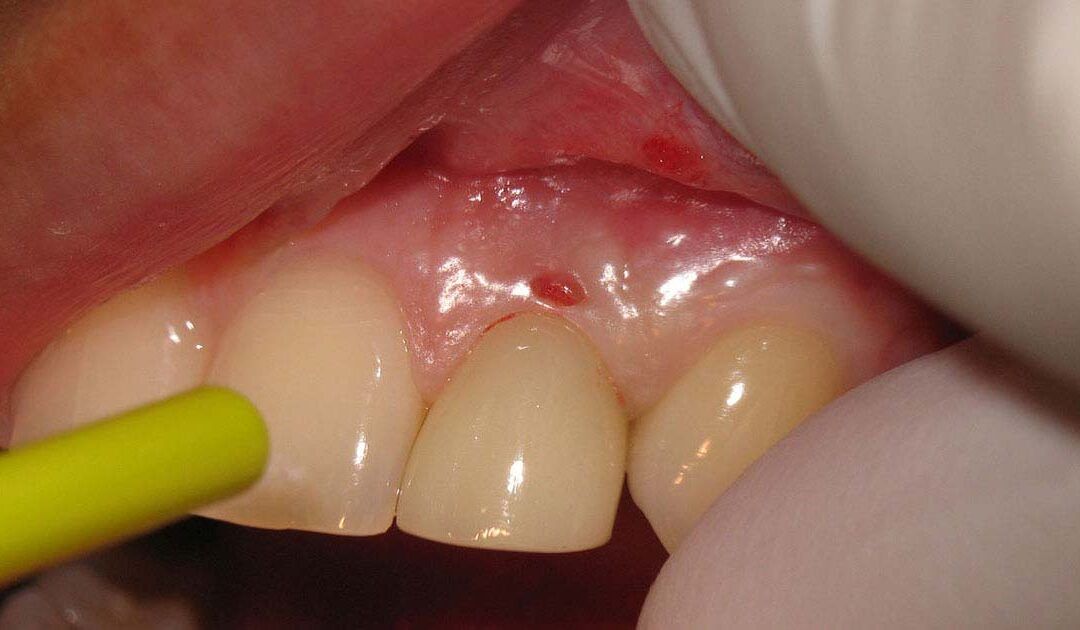 Why do my gums bleed?

50-90% of the adult population in the UK will or have suffered from bleeding gums which is usually due to the plaque bacteria that is naturally formed in the mouth on a daily basis. Plaque contains mostly harmful and pathogenic bacteria which causes the gums to become inflamed and bleed. This causes a low grade form of gum disease, which is also known as gingivitis, if it’s not effectively removed twice a day by brushing and flossing.

Why do my gums bleed when flossing?

One of the most common reasons why people do not floss is because their gums bleed when flossing. The reason why gums bleed when flossing is not due to the floss but due to the plaque bacteria being left between the teeth for long periods of time allowing the gums to become inflamed. If the plaque is removed daily by flossing then the gums will usually settle within a week and stop bleeding, therefore becoming healthier and stronger.

Bleeding gums is the first stage of gum disease (gingivitis), however it is completely reversible with a good oral hygiene regime. When the bleeding continues over a long period of time the harmful bacteria gradually migrates under the gums and starts evading the tissues and structures that hold the teeth in place i.e. ligaments and bone support. Gum disease in most cases is a progressive and chronic disease which in the latter stages does not present with many symptoms. Many people with severe forms of gum disease are unaware that they have this condition, which ultimately then leads to tooth loss. Due to the destruction of the bone support many people unfortunately have limited options to replace missing teeth apart from removable false teeth (dentures). This is why early detection of gingivitis is vital to prevent progression.

How do I prevent bleeding gums?

The most important prevention for bleeding gums is to make sure a strict daily oral hygiene regime is adhered to. This involves brushing your teeth twice a day and flossing at least once a day. Having regular dental hygienist appointments allow your teeth to be cleaned thoroughly and most importantly to be given professional oral hygiene advice. Early detection of gum disease is crucial to prevent the progression to a more serious form. If you are concerned or worried about possible gum issues please book an appointment with our hygienist.

FACEmed is a high-end private medical and dental centre located in the heart of Essex. We pride ourselves on going above and beyond for every patient, offering modern, innovative care in beautiful peaceful surroundings.

A vacancy has arisen for a Dental Nurse Receptionist. The ideal candidate will possess the following skills and characteristics;

The ideal candidate must be GDC registered and have at least 3 years experience as a registered dental nurse with some experience of reception and administrative work. You will be required to be flexible with hours and times, the rota includes some late evenings (late finish is 7.30pm some evenings), early starts (can start at 7.30am) and Saturday clinics.

COVID-19 considerations:
We have strict protocols in place to protect staff and patients.
Please email your CV and Cover Letter to bdm@facemed.co.uk for the attention of Niamh Curley, Manager.

Further to the most recent government advice on COVID-19 Coronavirus, it is with a heavy heart that we must close FACEmed Centre in the interest of safety for all patients, staff members and visitors.

If you have any urgent queries, please email us on enquiries@facemed.co.uk and we will get back to you as soon as possible.

It would be naive of us to indicate a re-opening date, but we will advise all patients via email when the time comes.

In the meantime, we wish you and your families good health and wellbeing during this difficult time. We thank you for your patience and ongoing support and we very much look forward to seeing you again at the Centre.

Take care, from all of the team at FACEmed.